Alpinov X: production of snow at 20°C is now possible!

aught between a constant rise in temperatures and reduction in snowfalls, ski resorts and especially those at lower altitudes are deeply concerned about the future of their businesses, for some a question of survival.

At a time when snow cannons (or guns) are being accused of high water and energy consumption, a young company, Alpinov X, situated in the Auvergne-Rhône-Alpes region has developed an innovative concept that could well save the resorts without harming the environment.

Snowfarm X, how does it operate?

The technology of the snow gun designed by Alpinov X is based on a thermal engineering evaporation and condensation process. The basic principle of evaporation followed by condensation is the transfer of heat from one medium to another thus enabling water to be cooled. This patented technology consists of 2 vacuum spaces: the first is used to produce very low temperatures, the second to condense water.

Conventional water cannons (attached to poles or via ventilators) function through the flinging of water and air that combine to make snow in the atmosphere. Significant disadvantages: water evaporation can reach 20% to 30% and only 50% of the snow produced can be put to use. There is complete dependence on the weather as the temperature must not exceed -3°C. The break-even point for cannons is -10° and below. These installations also require a snow plant in the vicinity to enable the air to be pressurized.
With its energy consumption of 6kWh/m3 (compared with 35kWh as a general rule) and an ability to produce snow in positive temperatures up to 20°C, Snowfarm X enables a smooth, continuous production of 15m3/hr.

Freed from any dependence on the weather, the advantages of the solution are both environmental and economic. Running 24/7 whatever the temperature, Snowfarm X consumes 3 to 5 times less energy than comparable snow guns. It enables 100% of the collected water to be put to use, viz. a reduction of water consumption of at least 40% compared with conventional water guns.
By means of a uniform throughput and controlled energy consumption, the ski resorts benefit from optimal snowfall throughout the season even at lower altitudes and at lower cost. The resort’s turnover is consolidated.

In the same way, if the installation is designed to be towed by a tracked vehicle it can be used at various locations at the resort, alone or working with snow cannons. It offers great operational flexibility: Snowfarm X is connected to the same networks as the other ski resort systems and the water coupling is the same as for a simple water spray device (no need to be under pressure).

The device is displayed in situ

After being put on display at the Villard de Lans family ski resort, the device was displayed at Chamrousse and will be at Vaujany in the summer. The work in situ offers several advantages and particularly enables:

And how is Crouzet involved?

Alpinov X has placed its trust in Crouzet for the management and testing of its application by integrating in its system devices such as the Crouzet em4 and the Crouzet Touch.
em4’s enable controlling and monitoring the pressure and vacuum sensors and the levels, fluids, throughputs and currents.
They also control the pumps, valves, ventilation system and motors.

“Within a context where R&D was decisive for the future of Alpinov X company project, the launch of the Snowfarm X prototype was of high importance. Crouzet components were used to meet our monitoring, measuring and instrumentation needs. They brought an interesting created value to support the proof-of-concept of the company’s future product”, Thomas Vinard explained. 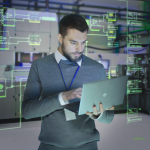 What is a Logic Controller? Previous
3 Trends to Know in the Nuclear Market Next 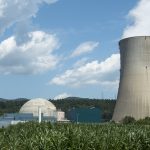