ave you any idea of the total length of the wiring inside an Airbus A380? 530 km! Wiring in a transport plane is a significant source of potential arcing. Electrical arcing is at the origin of the Swissair 111 and TWA 800 disasters in 1998 and in 1996.

According to Dominique-Robert Meux—in charge of Crouzet’ Aerospace products and co-chairman of SAE consolidated AE-8B-committee, co-chairman of SAE Electromechanical CB work group and Chairman of ASD-Stan D2S5 for Europe–, the challenges created by electrical hazards are opportunities to innovate.

Why worry about “new” electrical hazards in Aerospace?

“Hydraulic systems are being replaced by electrically-powered actuators”

These hazards are not new by nature. What’s new is their frequency. The use of electrically-powered devices and equipment in airliners, from nose to tail and through the wings, has risen dramatically. It’s not just because of In Flight Entertainment systems and adjustable seating in business / first class driven by three-phase 115VAC motors. Hydraulic systems are being replaced by electrically-powered actuators for flight controls—ailerons, elevons, rudder – whilst airbrakes, landing gear and wheel braking are also becoming more electrical. This trend requires more current running through the wires potentially adjacent to fuel tanks or through engine pylons, or in landing gear wells.

Is an electric arc equivalent to a short-circuit?

Not necessarily. In aeronautics arcing is of two kinds. The so-called parallel arc is a short-circuit, where to put things simply, a bare phase wire touches the neutral or another live wire, possibly provoking one or more sparks, as if arc-welding was taking place and raising tremendously temperature. The so-called series arc, on the other hand, can be described as an intermittent short-circuit, causing sparking although the current is limited by the device being fed current. In both cases, the risk of fire, mechanical rupture and even explosion is real—unless the source of current is shut down as quickly as possible.

What does quickly mean?

That is the question! The faster the circuit-breaker opens, the less the risk of temperature rise, fire or rupture exists. The equation is simple. Less transient current = less energy available for damage. Particularly near fuel tank housings whose puncture would be catastrophic. What solutions do you see coming to market?

We see a clear need to adopt smart tech Ground Fault Interrupters (GFI). It’s the same principle as the 500mA Residual Current Device (RCD) (or earth leakage detector) in your home, inside your fuse box. Crouzet’s GF-AFCB Ground Fault-Arc Fault Circuit Breaker is a RCD that goes a step further. Not only does it trip in case of a ground fault but current profiles are monitored by an algorithm detecting not only series arcing but also parallel arcing and shorting between phases; it opens in only 15 ms versus 200 ms with classic technologies. For the future, we believe in smart communication between an equipment and its upstream protection (here a GFI). The power line of the equipment is opened by a sensor inside the protected equipment itself measuring temperature, stress, strain or torque. The equipment detecting an internal anomaly propagates a signal up to the smart circuit-breaker: “Cut off my power now or I’m going up in flames!” The age of the smart circuit-breaker is upon us. 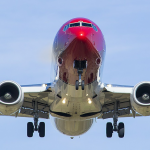