The Cockpit of the Future: Will they be Fully Digital?

It’s safe to say that the flight deck has undergone a significant transformation in recent years as it evolved from the traditional flight deck complete with analog dials and individual displays to the glass cockpit of the future, in which most instruments are presented through electronic screens and information is automatically interlinked between instruments, Flight Management System, and autopilot functions.

Traditionally, aerospace enhancements were focused on safety and performance. However, these days the focus has shifted to efficiency and competitiveness, looking for the right balance between digital and electromechanical cockpit controls.

So, what does the future flight deck look like? Here’s what we expect.

Touchscreens allow users to interact in a way that is both direct and context-sensitive. Touchscreens provide many commercial benefits, including scalability and commonality, especially in their ability to integrate heightened functionality without the need for physical expansion.

It is well expected that touchscreens will continue to become increasingly favored above current units. These older units often have small screens and narrow but deep menu control structures. Additionally, many procedures rely on sequenced checks and actions on different panels that are placed around the cockpit — not necessarily the easiest things to maneuver at 6,000 feet high. Integrating all of these procedures into one area will reduce pilot workload and enhance situational awareness.

3D audio uses natural audio processing capacities by positioning audio signals in 3D space with the appropriate hardware to emulate how audio is perceived in the natural world. In the cockpit, 3D audio aims to improve situational awareness and also has the potential to optimize crew workload in areas with high communication density by spatially separating various simultaneous voice channels.

Back when displays weren’t interactive, there was no requirement for input devices in cockpits. Fast forward to today after mechatronics advancements in the functionality of the displays, and the need has grown for suitable input mechanisms.

Even with the high use of touchscreens, it is still important to have a backup device just in case the touchscreen should fail. Input devices that are being studied for use in cockpits of the future include:

Trackball — A ball held in a socket and rolled using the hand or fingers — similar to a computer mouse. Trackballs are very helpful in areas with limited surface space to manipulate devices.

Rotary controller — These devices can be rotated, moved up and down and left and right, or pushed down to control the movements and actions of a cursor on a screen. These controllers have been shown to produce quicker task performance compared to other direct input devices.

Touchpad — These are made of a tactile surface capable of sensing the movement of a user’s fingers and translating them into actions of a cursor on the screen. Similar to trackballs, touchpads don’t require much room for installation and use. But, they can require more complicated manipulations than other input devices.

Direct Voice Input (DVI) — DVI is the most flexible input application that will be used in the cockpits of tomorrow. DVI can be used for a wide range of tasks like radio tuning, navigation, and checklist procedures. Currently, there are some technical issues being sorted out with DVI, like vocabulary adaptation, so it’s suitable for all accents, suppressing background noise, and the identification of individual speakers in multi-speaker environments.

As you can tell, most of tomorrow’s cockpits will be increasingly digital. But, most of the components will stay physical, including pilot controls and wheels and grips.

Learn More About the Future of Pilot Controls with Crouzet 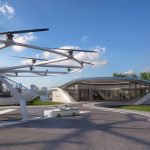 With Crouzet, Volocopter is designing the air taxi for... Previous
Crouzet and Safran Electronics & Defense have teamed... Next 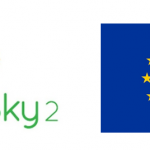