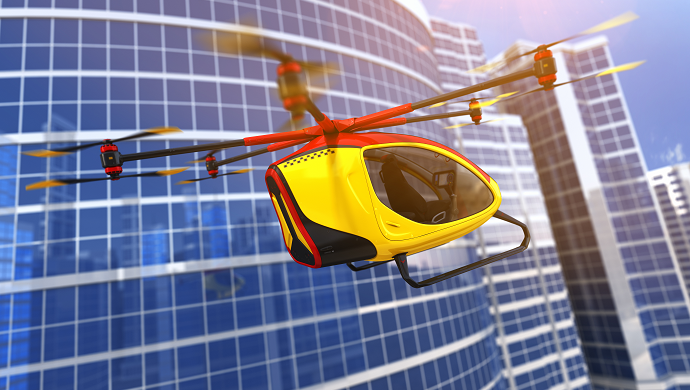 Over half the world’s population already lives in urban areas, and that number is expected to increase to around 75% in the next 15–30 years. Europe has already reached that percentage. City life offers many advantages, but the crowding has led to problems, including trouble getting around. The roads are often clogged and rail lines are full and often slow. Simply getting to work can be a daily trial.

To solve this issue, bold thinking is needed. Urban Air Mobility (UAM) may well be the answer to commuting issues. Urban air taxis, including the volocopter, should be able to serve urban dwellers in a safe, affordable way. Europe is currently getting ready to incorporate this mode of transport fully.

Urban Air Mobility relies upon eVTOL (electric vertical takeoff and landing) aircraft.  They are battery-powered and meant for short journeys or daily commutes. They meet extensive safety guidelines, can operate in crowded environments, and emit little noise. Plus, they are autonomous flights. In theory, passengers would hail these machines for a ride, board them, and relax while an advanced system did the flying.

Urban air taxis, as they are sometimes called, are built to hold a small number of passengers. These aircraft are relatively cheap to operate, so the average person will be able to afford the fare, at least after the aircraft have been refined a bit more. The industry’s goal is to make the cost comparable to that of using other public transportation. These are not futuristic vehicles. They already exist and Europe, in particular, is almost ready to launch them in significant numbers.

Over 110 cities are involved in UAM projects, with half of these in Europe. Test flights are scheduled all over the world, and air taxis are slated to transport visitors to the Paris Olympics in 2024. Industry leaders predict that 160,000 air taxis will be flying by 2050.

When these flights begin, about 36% are expected to be city taxis, 35% airport shuttles, and 39% inter-city flights. Industry experts expect the widespread implementation of these air taxis to arrive in 2025.

European aviation powerhouse Airbus is developing two UAMs. The first is a one-passenger, self-piloted taxi with a range of nearly 50 kilometers. This vehicle, called Vahana, has made well over 100 test flights.

Airbus is also developing a City Airbus in Germany. This model is an autonomously piloted eVTOL with four seats, a speed of 75 mph, and approximately 15 minutes of flight time.

Ehang, owner of the advanced autonomous aerial vehicle platform has designated Linz, Austria, a UAM pilot city. This year, the company will begin building a vertiport infrastructure throughout the city.

Incorporating UAM is a goal of all smart cities that use advanced technology, the IoT, and other advances to help citizens live better and “greener” while increasing efficiency and quality of life.

Of course, this system brings with it several challenges. For one, managing the airspace will require establishing Unmanned Traffic Management often using existing air traffic control as part of the effort. Until companies can meet this challenge, each flight will need its own permit, something that will block fast expansion.

Certification of these aircraft is another challenge. Current certification practices are aimed at traditional fixed-wing and rotorcraft flights. Europe has been a leader in this aspect of UAM. The EASA (European Aviation and Space Agency) has developed VTOL certification by issuing a special condition in 2019. Its certification requirements apply to aircraft with passenger seating of nine or less and a maximum certified take-off mass up to 3175 kg.

The flying taxi will be available to city dwellers shortly despite the complexities involved. Transportation congestion is a big problem and requires embracing this alternative solution. While this innovation will not replace the city taxi, it will be a much-welcomed supplement that will enhance intercity mobility and improve commute times. 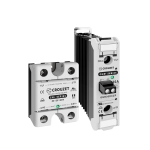 Why choosing a Solid State Relay? Previous
What Is Urban Air Mobility? Next 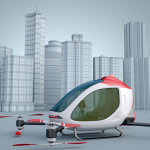