Urban Air Mobility: How Will You Get Around Tomorrow? 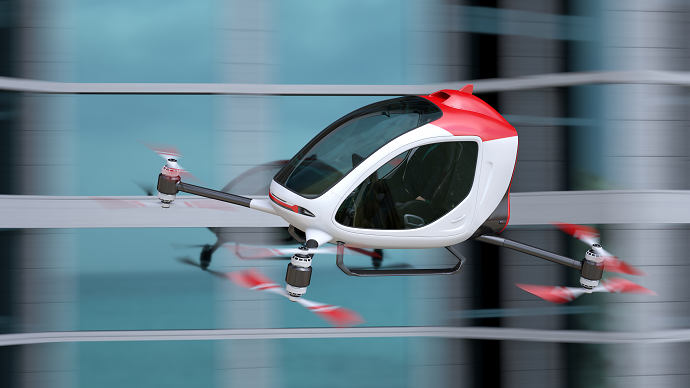 rban air mobility is set to become the mainstream in a few years. With more projects progressing and lessening restrictions, UAM will be a dominant force.

According to Deloitte, 70 percent of the world’s population will be urban-based by 2050. UAM is expected to offer new solutions to ease movements. More companies, from established travel giants to startups, are working to advance UAM. So, what does the future of urban air mobility look like?

The Urban Air Mobility market is projected to grow to $15.2 billion by 2030. This means there will be a sudden influx of flying taxis, drones, and eVTOL aircraft in the coming years. This will help improve intracity and intercity mobility. Air taxis are expected to offer solutions to the current congestion in cities. They will take a large share in the UAM market.
The autonomous market will lead the market. eVTOLs are autonomous, and there is no other tech that will outdo autonomy; Autonomous aircraft will surpass both hybrid and piloted aerial vehicles. City taxi movement will be completely autonomous. You will be able to move in a self-driving aircraft.

The majority of people are so far comfortable with the current means of transport. So, what makes UAM more popular?

Ground transportation in cities is becoming difficult. Towns and cities are stretched beyond their limits, and more companies will likely shift to UAM. There are so many cars, and gridlocks waste a lot of time. Means such as public travel and train networks don’t seem to work.

In the future, you won’t have to board a bus to move to the next destination. You will likely get on a flying taxi and reach wherever you want to.

According to Market Watch, commuters waste an average of 54 hours in traffic each year. In some busy cities such as Los Angeles, London, and Amsterdam, commuters waste even more hours. In the near future, few people will be comfortable getting caught up in gridlocks.

Besides, the scope of work has changed over the years. Most people work on up to three jobs in a day, and many of them have to commute several times. UAM will offer an effective means of transport for commuters who need to save time.

The majority of companies are ready to prove their technological capabilities. Most of these big tech giants are looking at UAM to prove how they are ahead in tech. Leveraging smart technologies such as artificial intelligence and machine learning, UAM will be a key ground.

Electrical vertical takeoff and landing (eVTOL) technology will play a key role as well. Roland Berger predicts that by 2050 there will be over 160,000 eVTOL taxis, generating $90 billion annually.

How Cities Are Leading the Quest for Urban Air Mobility

UAM will enable seamless mobility in cities. It will take care of activities such as parcel delivery, taxi services, and even healthcare services. Also, cities are gearing towards zero emissions. The eVTOL aircraft will have a positive impact on reducing the environmental pollution. These aircraft use electric power, hence they have zero emissions.

Los Angeles is one of the big cities spearheading UAM. Recently, the city mayor announced a partnership between LADOT and UML to engage and educate the city residents on UAM. The city aims to introduce flying aircraft in the local flying space by 2023.

This partnership is set to map out the challenges identified by locals and get handy solutions. Also, the reports and findings are set to be deployed in other cities and counties to enable the proper adoption of UAM.

The future of urban air mobility looks promising. More manufacturers are investing in eVTOL technology, and the world’s transport dynamics will likely change. 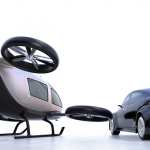 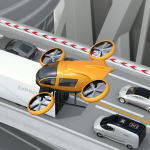