Use and Benefits of a Boom Gate

f you have ever driven through a toll booth or checkpoint, you have probably passed through a boom gate. This kind of automatic barrier is the usual method for controlling the flow of traffic into a restricted area. To understand these traffic barriers better, let’s take a look at their nature, functions and typical usage.

What Is a Boom Gate?

Boom gates, also known as automatic rising arm barriers, are one of the most simple yet effective varieties of automated barriers. A boom gate consists of a long arm that lowers automatically to block the path of oncoming vehicles.
To raise the arm, drivers must present a pass, enter a code, pay a toll, or wait until the system recognizes that it is safe for them to proceed. Typically, an electric motor raises and lowers the arm, while a sensor or security access system controls the operation of the motor.

Where Are Automatic Barriers Used?

Automatic barriers have many applications. For example, they are often found at parking facilities where drivers must pay a fee to park their car. When drivers want to leave the car park, they must present a receipt showing proof of payment to get the barrier to rise.

Other applications of boom gates include toll booths, where drivers must pay the toll before the barrier will rise to let them through.
Automatic barriers are also in place at many checkpoints and at the entrances of restricted areas. Here, drivers may have to show ID, tap an access fob against a sensing plate, or swipe an access card to be allowed entry.

Finally, boom gates can be used for traffic calming. They prevent through traffic from accessing certain streets, while allowing authorized vehicles, such as buses and emergency vehicles, to pass through. This means that emergency services can use shorter and more direct routes to reach people in need, while other drivers are forced to take other routes to reduce traffic in the restricted streets.

Boom gates are a very simple form of automated barrier. With only a few moving parts, they are usually reliable, as well as being easy to install and maintain. These benefits may help to explain why boom barriers are such a common feature of the modern world. 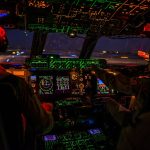 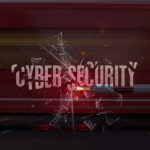