This is accomplished by a simple reversal of the jet blast flow, by using thrust reverser doors to block the blast and redirect it forward. Today’s aircraft use three different types of thrust reversal systems.

Target thrust reversers use hydraulically operated doors called buckets. Also called bucket thrust reversal, they are commonly used on turbojets. The buckets alternate between deployed/stowed position and, in normal operation, the doors form the nozzle that propels the engine. But upon landing, the pilot uses the buckets to reverse the jet blast and slow the plane down. Boeing created their 707 with this system, using two hinged reverser buckets to block the exhaust flow and send it forward. This is still widely used today and is visible at the back of the engine when deployed.

The clamshell thrust reversal system is operated pneumatically because the doors rotate to open ducts and close the normal exhaust, which redirects the thrust forward. Commonly used on turbofan engines, this type of thrust reversal is also called a cascade system. On turbojets, it would be less efficient than the commonly used target system, since it only uses the fan’s airflow and doesn’t affect the engine’s core, which is still producing thrust.

The third type of thrust reversal system is known as cold stream, and it is most often used on high-bypass turbofan engines. There are doors in the bypass duct that redirect air that has been accelerated by the engine’s fan area but does not pass through the combustion area. This bypass air produces reverse thrust when activated by an air motor. While the plane is in flight, the reverse thrust vanes are blocked by doors that fold back when the pilot deploys the system. This blocks the last nozzle and the cold stream and redirects this air flow to the vanes. Able to redirect exhaust flow from both the fan and the core, this system is known for reliability and flexibility.

Each of these three reverse thrust systems is important to the particular type of aircraft that it services, so expertise in all of them helps in this industry. Additionally, working knowledge of non-contact components that help thrust systems operate properly and dependably is vital. These include proximity sensors and inductive proximity switches sense the presence or absence of a target in aircraft applications, such as determining when a thrust reverser is not fully closed. 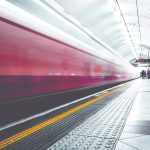 Railway : What Functions for Tomorrow’s Trains? Previous
Picking the Right Residential Automatic Gates and Doors Next 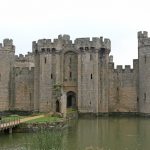