What is a Thrust Reverser and how does it work?

What Is a Thrust Reverser? The Basic Definition

A thrust reverser, which allows for more rapid deceleration during landing, is a critical component of many jet aircraft. By acting against the aircraft’s forward travel, a thrust reverser system helps the jet slow down just after touchdown. This reduces wear on brakes and facilitates shortened landing distances. Thrust reversers are considered essential to an airplane’s safety and performance.

How Does a Thrust Reverser Work?

A thrust reverser is contained within the nacelle system, an aerodynamic structure surrounding the jet engine. A nacelle system constitutes the aircraft’s propulsion system and also includes the engine cowling, inlet cowl, fan cowl, core cowl and exhaust system.
While there are a number of types, many thrust reversers have clamshell doors, which open and close at designated moments. To slow down after landing, the aircraft engine itself does not run in reverse; rather, the direction of the engine’s fan airflow is reversed, creating a massive drag.

Limit switches, proximity switches and proximity sensors are also important components within the thrust reversal system. They are used to monitor the deployed or stowed position of the thrust reverser door. The thrust reverser must be properly stowed; otherwise, it will deploy during flight and can cause an accident.
In addition to slowing the aircraft down, a thrust reverser is responsible for basic functions such as noise abatement, protection from fire and lightning, and the management of internal and external temperature differences.

Thrust reverser systems are most commonly found on passenger airplanes and large cargo jet aircraft.
While some aircraft, such as military planes, may use it while in the air to perform steep descents, reverse thrust is typically only used when on the ground. Private and commercial aircraft feature safeties within the system that prevent the thrust reversers from deploying when the aircraft is in the air.

The importance of thrust reversers greatly increases in the presence of ice or snow, when braking is more difficult. They provide added safety in emergency situations, enhancing not only braking ability, but also directional control. 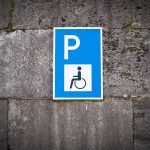 How to make a Building More Accessible to Wheelchair... Previous
How to Control Vehicle Access? Next 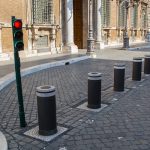