The Boeing / Crouzet’s partnership in a few words

“I want to say that the relationship between Boeing and Crouzet is based primarily on innovation, which allows cost reduction & weight saving, which are very important on the aircraft program. Secondly, I want to use the words safety and security. Well, the last thing I want to emphasize is quality. We, Crouzet and Boeing, are committed to go together on a path towards performance and excellence. It’s very important for us.”

“We are really pushed by Boeing and comforted by the fact that we are in the right way. When a leader like Boeing selects our products against all the competition, it’s the recognition of work, and somehow a benchmark against what the competition can do. Boeing is excessively demanding in the quality requirements. We have of course made good progress. I’ll give you a very simple example: we wouldn’t have acquired the NADCAP qualification for our special manufacturing processes without Boeing. To a company like Crouzet, being able to serve a leader such as Boeing definitely benefits Crouzet’s brand image. And I’m really proud that the company can serve Boeing.”

Your impressions after the visit?

“First we are very proud to have seen the assembly of the proximity sensors that will finish on our 737 MAX, Jean-Marc Fron tells us.

And I was particularly impressed by the coexistence of the two workshops dedicated to two very different environments, which, in spite of this diversity, coexist in a very harmonious way on the same site.”

We have many other opportunities, including electrical protection, using our circuit breakers. I am very confident about the future. David Arragon, Crouzet CEO

What future relationship with Crouzet?

“We want it to be constructive, to remain based on innovation, Jean-Marc Fron says. And we also think that it will keep on developing. Why? Because Crouzet is present on Boeing’s new programs, like 737 MAX. We will increase the production rates of this aircraft. And for this reason, we think that the partnership & collaboration between Crouzet and Boeing will be developing very strongly over the coming years.”

David Arragon, on his side, says he is “very optimistic about the partnership with Boeing. Very optimistic as we have started, so we necessarily have a growth phase in front of us. We already have an official award for the 737 MAX. We hope to have other awards on proximity switches.”

Crouzet deeeply thanks Jean-Marc Fron and Caroline Tourrier (Boeing’s communication manager) for their availability and kindness during this visit and interview.

Watch the joint interview on the Crouzet channel.

The partnership between the two companies has kept growing since this visit. Crouzet recently entered the Boeing French Team, gathering 17 privileged Boeing’s suppliers. Crouzet proximity sensors – ensuring the proper functioning of thrust reversers – are equipping all Boeing’s commercial aircraft programs through equipment suppliers. The company is also a direct supplier of circuit-breakers on the 737 MAX and 777X. 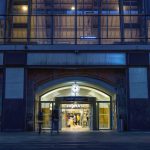 How to Make Access to Rail Stations Easier for Travelers... Previous
3 reasons why you should visit Intertraffic Next 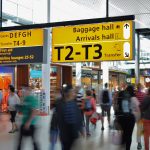