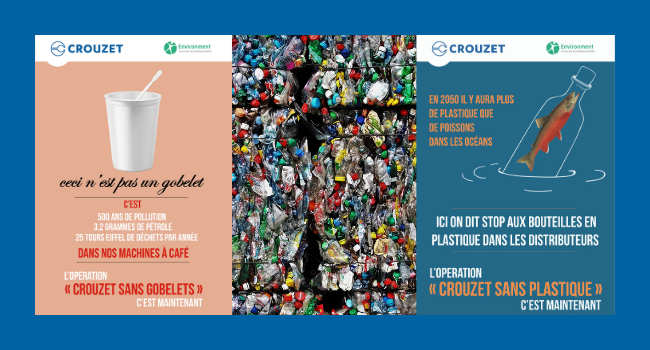 This is set to double by 2034. (Surfer against Sewage, Plastic pollution, facts & figures)

Zero Plastic! That was the name given to the action launched on Crouzet French locations. While the company was first targetted to stop the use of plastic cups in coffee machines, many employees wanted to go further. Some really feel concerned and are engaged personally in their everyday life in this “plastic hunt”.

After an experimental phase at the Lautagne site, the operation to reduce plastic waste will be deployed on the production sites. Plastic cups will no longer be available at both Valence and Alès locations by the end of March.

To go further in this action, it is already planned to address other single use plastic items such as bottles, meal trays and spoons. We are also studying the options to replace plastic bottles used in meetings by glass jugs…. 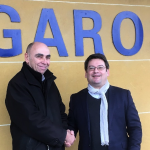 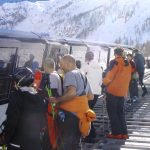