he number one priority for aircraft manufacturers is the safety of the civil aircraft which can be influenced by many factors relating to the design, maintenance and operation of the aircraft.

Therefore, when a new program is under development, the aircraft manufacturers must ensure that every supplier of the components meets the strictest quality standards.

When Boeing started development of the 737 MAX, the aim was to deliver superior design, efficiency and safety to customers around the world. The landing of this aircraft uses a number of means to come to a stop with two of the most important being the mechanical brakes and jet engine thrust reverser. The thrust reverser is considered critical for safe operations as it helps to slow down the aircraft just after touch-down, reducing wear on the brakes and enabling shorter landing distances. To avoid accidents involving thrust reversal systems, Boeing selected Crouzet Aerospace to provide the proximity switches to monitor the positions of the electric thrust reverser lock system on the 737 MAX.

It took nearly three years of close cooperation between Boeing and Crouzet Aerospace’s R&D teams in order to finalize the proximity switches for the 737 MAX. There are 8 proximity switches on thrust reversers per plane, 4 on each engine. In order to meet the customer’s stringent time frames, Crouzet Aerospace put in place dedicated project teams to accompany the different program phases: from drawing up of the specification to performance testing, qualification certification, prototyping and logistics optimization. 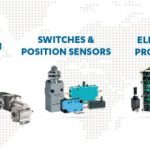 Heading Towards a Century of Industrial Expertize Previous
Innovation for Advanced Management of new Electrical... Next 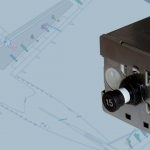