What Is Urban Air Mobility? 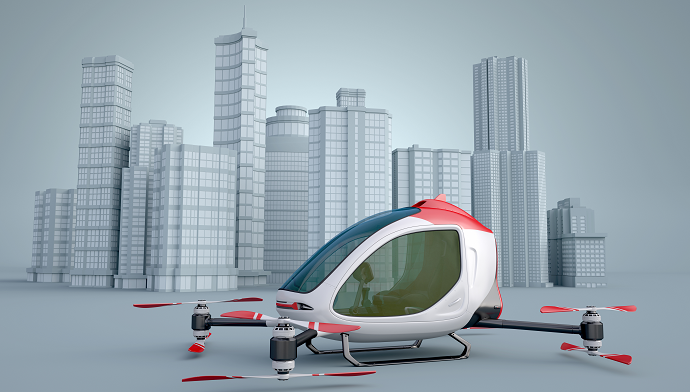 f you weren’t quite sure what Urban Air Mobility was but suspected it might have something to do with flying cars, then you’d somewhat right.

But the flying cars you see in science fiction movies or envisioned in dreams of the future when you were young do not accurately reflect the actual potential and capabilities of this rapidly expanding and evolving aviation transportation system.

Urban Air Mobility (UAM) solutions have been in development for quite some time, especially in cities where traffic congestion is an ever-increasing complication. But with advanced manufacturing techniques, flying taxis are now a real possibility for intercity mobility.

In the midst of what might be considered a technological revolution, both start-ups and major brands are looking to enter the urban air mobility (UAM) market. Participants include Airbus, Toyota, Hyundai, Boeing and many others, with expectations for the market to soar over the next 20 years.

In fact, city air taxis are already in use in Mexico City, and urban air mobility is in practice in Tokyo and New York via helicopters. But the UAM market seeks to develop flying taxis that more closely resemble the sleek, sophisticated, and futuristic flying vehicles of our Sci-fi expectations. Additionally, the flying taxis will be designed to reduce operating and maintenance costs, making such intercity travel more cost-effective and feasible. They will also contribute to opening supplementary avenues for revenue such as cargo delivery and commercial use, or emergency services such as the transport of blood and organs.

Drone technology has also contributed to the further advancement of all-electric and hybrid-electric powered vertical takeoff and landing (eVTOL) aircraft. The focus is on producing non-helicopter aircraft that is large enough to enable transport of several passengers without the need for traditional helicopter-type controls.

Currently, dozens of companies are seeking to harness the potential of eVTOL aircraft for commercial passenger purposes, but many are still in the conception and planning stage. Still, with the obvious need for an air taxi fleet in many major cities, it is reasonable to expect that UAM and flying taxis will soon be a normal mode of intercity mobility within the coming decade.

Because the UAM aircraft will be operating at lower altitudes, there are critical considerations involved when developing the infrastructure and seeking access to airspace. Currently, plans are to utilize the existing helicopter infrastructure, but many US companies are already seeking collaboration with the FAA (Federal Aviation Association, US) to more efficiently identify and plan for future infrastructure needs. The FAA is also collaborating with the National Aeronautics and Space Administration (NASA) on their Advanced Air Mobility National Campaign.

Several companies have already been test-piloting prototypes and expect to roll out introductory flying taxis within the next few years. There are, of course, safety concerns and other hurdles to be overcome before the UAM can truly become mainstream. But regulations are also in development to cover safety, air traffic, and many other factors related to the launch of urban aircraft mobility. 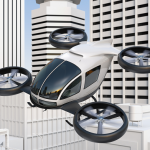